An update from our work on the Cacao Forest project

No country can withstand the loss of its soil. These were the words of Michael Gove, the UK’s Environment Secretary, on the back of a report about the United Kingdom having just 40 years of fertile crop growing left because of the damage intensive farming has done to the soil.

UK is 30-40 years away from 'eradication of soil fertility', warns Gove https://t.co/vZqRi1FhuC #soilsalliance

This isn’t an isolated case. The fertility of soil in many countries around the world is degrading because of the use of pesticides and chemical fertilisers. This is a serious issue for us all. Our world needs healthy soil in order to grow the food we all need to feed a growing population.

Agroforestry is one way of helping improve soil quality naturally. It doesn’t just provide environmental benefits, but also has the potential to improve the livelihoods of farmers practicing it, too. As part of our Rurality programme we are using agroforestry to support farmers around the world, including the Dominican Republic, as part of the Cacao Forest Project.

Agroforestry works by integrating forestry and agricultural land to be used for more than one purpose. Planting trees on and around farms can help provide crops with shelter and regulate rain water, prevent erosion and enrich the soil. The trees capture carbon and attract insects and other biodiversity which can help control pests and further enrich the nutrients in the soil.

The Dominican Republic is the world’s ninth biggest cocoa producer and recognised as world leaders when it comes to organic cocoa production. Our work in the country began across three provinces, discussing farming practices with 66 cocoa farmers, all of whom were already using agroforestry. However, despite many farmers we met being awarded cocoa certification by multiple organic schemes; some of these very same farmers were still reliant on the use of agrochemicals for their other crops.

Despite many farmers we met being awarded cocoa certification by multiple organic schemes; some of these very same farmers were still reliant on the use of agrochemicals for their other crops.

Farmers still need support to optimise the full potential of their agroforestry systems, which is what we’re helping to do with the Cacao Forest project. First we needed to come up with a plan to introduce the importance of living soils to cocoa producers. Our first workshop created a lively exchange between producers and our Cacao Forest partners.

Producers mentioned the importance of letting natural pest control coming back to the plot. For example, cats and snakes are the best way to control rats, who often damage the crops. Others mentioned that they were seeing fewer and fewer bees around their plots.

It felt like a common awakening – the farmers were openly recognising challenges they are facing without the fear of being ostracised from the organic certification schemes they are part of. We are planning to run our next workshops on a range of natural fertilisation techniques, soil conservation and natural repellents.

The next big step will be the planting of an experimental network of innovative agroforestry plots, all designed with farmers and local technicians. We are still at the early stage of the project, but we believe we are laying down the foundations for positive change. Such change and solution is born out of working together with different groups of people. We will post further updates on the progress on this work in 2018.

Find out more about agroforestry. 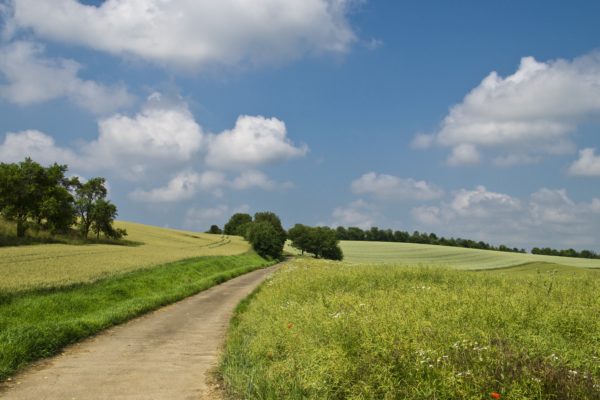