The solution to deforestation doesn’t come in a one-size-fits-all package, says Robin Barr.

When I was graduating, one of my professors, Brad Gentry, gave me this advice for my work:

‘Take everything you’ve learned to date, hold it close to your heart, and then forget it. Face every situation as though it is unique and give yourself the freedom to figure out what works in that situation.’

The next week I was on a plane to Indonesia to start an internship with a small, little known non-profit called TFT. They were keen to figure out how to help teak farmers in a remote corner of Sulawesi, to provide an alternative and responsible source of wood to the large illegal logging operations currently decimating forests and dominating international markets.

I took Gentry’s advice and entered the challenge with an open-mind and a dedication to engage with everyone involved – the farmers, the government, the traders, etc. – to find a solution together. There were many obstacles, but we worked through them until we were able to link the farmers directly to international markets that wanted responsibly managed teak. This made those farmers 100% more on their price per cubic meter than they had before the work.

Ten years since graduating I returned to my alma mater, the Yale School of Forestry, to participate in a discussion organized by The Forest Dialogue. The goal was to bring together many of the world’s leaders in NGOs and Businesses under the topic of ‘Understanding Deforestation-Free’. I still work for TFT – but in the last 10 years since I hopped on that plane to Indonesia, our work has grown exponentially. Many of the world’s largest corporations – Nestlé, Cargill, Wilmar, Danone, Johnson & Johnson, (the list goes on), have announced commitments to ensure that the palm oil they source is not contributing to deforestation or exploitation. TFT is actively engaged in helping these companies to implement their commitments on a massive scale.

This is exciting news – a revolution and awakening of sorts is underway as more and more companies are taking personal responsibility for learning about the impacts their global supply chains are having on forests and people, and committing to making sure they aren’t contributing to deforestation or exploitation. It’s a very dynamic time – yet, you wouldn’t have known it from the conversation taking place at the Dialogue.

You see, many of the people in the room were actually very concerned about the announcements being made by companies, which were seen to be too free-form, too diverse, without any sort of pre-defined way that they would be implemented or verified. At one point one of the participants actually said: ‘There are too many solutions out there, it’s causing confusion.’ Too many solutions—I wondered – why are we complaining about too many solutions? We need more!

Many of the participants wanted the Dialogue to be a place where everyone could come and agree on what the ‘single’ solution to defining deforestation should be, and thereby what the specific steps for rolling that out across the globe should be. As the conversation turned in this direction, I felt the energy of the participants plummet. How were a few people in a room at Yale going to agree on a definition and guidelines for the world to end deforestation? We weren’t. It was a fool’s errand. And yet that’s what many participants expressed as their goal for the Dialogue. I thought of this when listening to an interview with Clay Shirky, an Internet expert who teaches theory and practice of social media at NYU[1]. Shirky was asked whether or not a group of experts could have created guidelines to regulate the internet at its inception – so that things like cyber-bullying and identity theft and all the negative aspects of the internet might have been prevented.

“So I have the easiest way of abandoning this question. . . which is that I’m a Pragmatist, uppercase P, in the tradition of John Dewey. And the Pragmatists regard a lot of the solutions to these problems as things that, you know, as I often say to my students who try in advance to forestall the problems that they might have when developing things, there’s a large class of problems that you don’t solve until you have them, right? …So the idea of trying to guess what a technology will do when regulating in advance is to me I think almost the surest way to guarantee, just by the way the regulation would be structured, that you miss out on the opportunities.”

That got me thinking, because when I look at the work that’s been done over the last two decades to address the environmental and social issues that are ailing the world, I think too often we’ve held ourselves back by trying to get everything right in the beginning — trying to create global agreements like Kyoto or set up certification schemes that will ‘define’ the problem and the solution so that it’s all clean and tight, in a little bundle for the world to follow. Then we’re surprised when it doesn’t work. It’s not working because we’re going about it in the wrong way. That’s a massive mistake, and one that we need to change quickly if we’re going to succeed in stopping some of these big environmental catastrophes from happening. We need to take action – we need a good dose of Pragmatism.

The Clay Shirky interview opened with the question ‘Who controls the internet?’ The answer? No one, and although it has its downsides, overall that’s a really, really good thing. If 20 years ago we‘d tried to predict the negative aspects the internet could create we may never have developed it as it is today – a million different ideas swirling the globe, a dynamic connection between people that is unprecedented in human history.

That is what’s needed to end deforestation and slow climate change – thousands of people who have the intention to solve the problem and just start working on it – who aren’t held back by getting it right the first time, but are willing to learn by doing. We just need to take everything we’ve learned, hold it in our hearts, and then forget it, and approach each challenge with an open mind – ready to adapt and create the solutions that work in that situation. There’s no such thing as too many solutions – we need them all and fast. So let’s be pragmatic and get to work.

[1] The interview was part of a Freakonomics podcast titled ‘Who Controls the Internet?’. 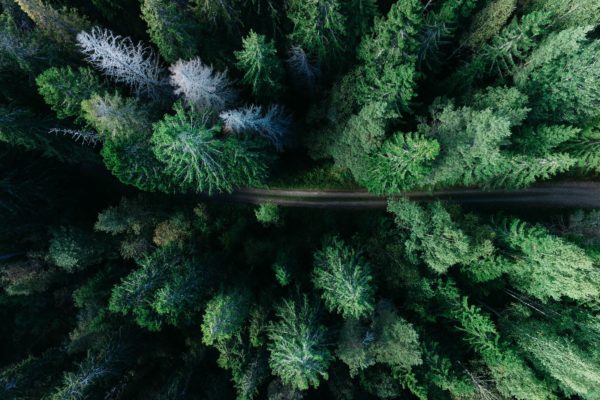