Trees. Forests. Whether you know it or not, they are a part of your everyday life. Richard St. Barbe Baker certainly knew that and spent his life planting them, protecting them and inspiring others to do the same. Dubbed the “Man of the Trees” by an Australian broadcaster, who also jested that he would someday marry one, Baker is the figure behind the modern environmental movement, as Paul Hanley writes in a new biography: Man of the Trees: Richard St. Barbe Baker, the First Global Conservationist.

At The Forest Trust, we care deeply about trees, and that’s in no small way thanks to Baker. It was his radio broadcast back in 1979 that inspired a 15-year-old Scott Poynton to take up forestry and eventually launch TFT in 1999. Scott was just one of many people who were inspired by Baker’s unique blend of science, poetry and storytelling, which captivated audiences around the world.

Today, Baker’s life mission of saving forests continues to inspire our own efforts to achieve zero deforestation across supply chains from timber to palm oil. To date, it is estimated that over 1 million hectares of vulnerable forests are likely to be saved from conversion to palm oil, and that over 300,000 hectares are already permanently protected through our palm oil members’ concessions.

Baker’s contagious love of trees and forests has led to thousands, some say millions of trees planted across the world. Some of those people he inspired went on, carrying a torch, whether they knew it or not, that was lit centuries ago.

But it’s not only individuals that owe much to the Man of the Trees, but environmental organisations themselves. As Hanley recounts, Baker was instrumental as a co-founder of “The Men of the Trees”, one of the world’s first international environmental NGO (or ENGO) which has, of course, given rise to numerous others, TFT included. Fighting for a diverse range of causes, these organisations are united under one banner; the protection of nature and the environment. Baker’s organisation continues to this day, under the name the International Tree Foundation.

Reading Hanley’s book, we get to know Baker, from the two-year-old gardener through to the elderly tree ambassador, who planted 90 trees on his ninetieth birthday. We learn how he launched Trees, the world’s longest running environmental journal. We discover what made him tick and follow his fascinating life, learning how he came to be a pioneer of sustainable forestry, ecotourism, agroecology and more; all concepts that are second-nature to those in the field today.

“Baker was primarily a catalyst, a wedge, a collaborator. He accomplished what he did mainly by inspiring others. His modus operandi was often reflected in their work,” writes Hanley. At TFT, we recognise that we owe much to Baker, as our own modus comes from a similar place; a desire to create chain reactions, allowing people and businesses to change and transform themselves according to their own values. 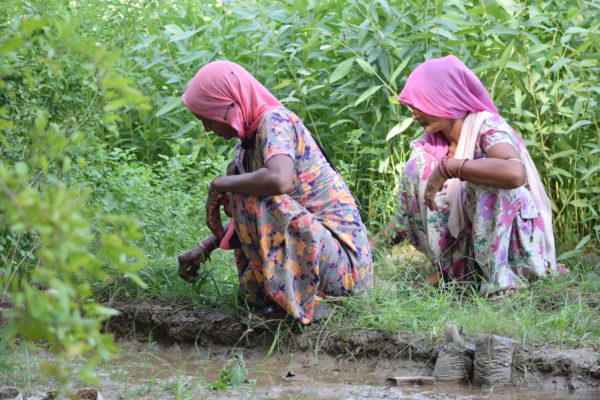