The global coconut products industry was worth close to $13 billion in 2019; and could be worth $31 billion in 2024, according to Allied Market Research. This increasing demand is largely due to the fruit’s popularity with health-conscious consumers, a result of consumer goods companies marketing coconut products as healthy options. There is also a general perception that coconut oil is a “more sustainable” vegetable oil than palm, although the details of this comparison are neither clear nor concrete.

Overall, coconut products are a commodity that has flown somewhat under the radar in terms of sustainability and responsible sourcing aspects of its production. This is despite general knowledge that the vast majority of coconuts (70 to 95 percent depending on the region) come from independent smallholders, who receive extremely low prices for their harvest in an informally managed sector. In Philippines, the world’s second-largest producer of coconuts after Indonesia, the average coconut farmer earns less than $1 a day.

Nevertheless, due to positive health and sustainability perceptions, cosmetic and agri-food companies alike have been investing in research and development to replace palm oil ingredients with coconut-derived ingredients. This is largely due to the negative sustainability image associated with palm oil. We imagine this trend will further add to the already rising demand for coconut products. With this in mind, we see a unique opportunity to dive into the responsible sourcing aspects of coconut production, and apply lessons learned from palm oil, so that this industry can become an example of sustainable production.

The coconut industry is a largely informal one. Informal working arrangements tend to increase vulnerability of workers, as they do not have contracts or social security arrangements to protect them. On top of this, coconut-producing areas such as Philippines, Indonesia, Mozambique and a number of islands in the Pacific are already seeing more extreme weather events, and pest and disease outbreaks caused by a changing climate. This adds to coconut farmers’ exposure to shocks and vulnerability.

On the forest and biodiversity protection front, there are signs for optimism as current coconut stocks are largely situated on lands already cleared for agriculture for decades. The absence of mass land-clearing and commercial plantations to date is likely due to the slower maturity of coconut trees compared to oil palm trees, as well as lower coconut prices. These factors make this industry less interesting to medium-sized and bigger companies, further reducing the risk of the commodity being a major driver of future deforestation. 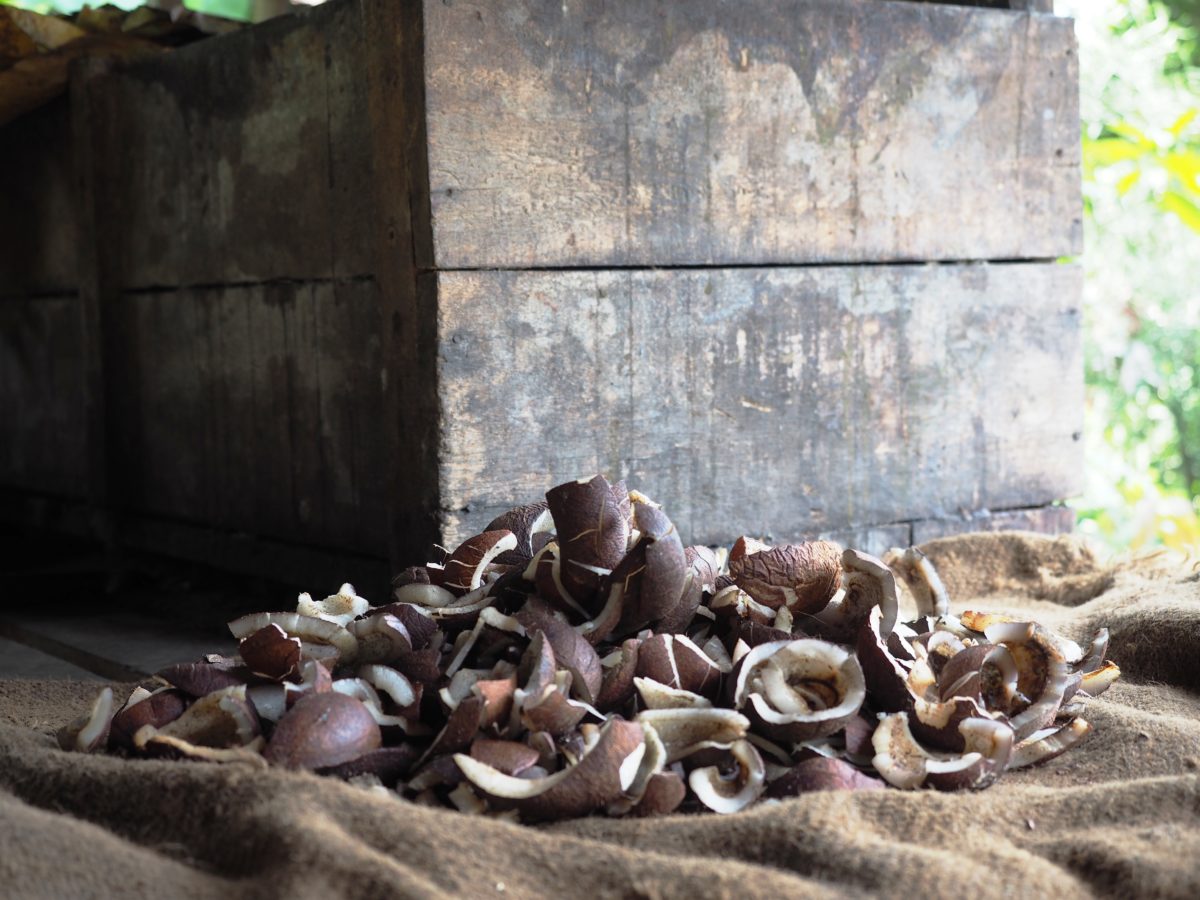 Coconuts left out to dry at a farm in the Solomon Islands. The dried meat of the coconut fruit is known as copra, which is used to extract coconut oil; thereby making it an important agricultural commodity.

However, many coconut plantations are now quite old. Without the means and know-how to replant, some farmers are looking to expand into new areas to plant young coconut trees. There may also be market incentives to clear new lands for coconut plantations on the horizon. Topics such as pest and disease management, water usage, soil health and on-farm diversity vary among producing regions; and remain little investigated by companies. What we do know is that there is a need for downstream supply chain actors and governments in producing countries to support coconut farmers to develop their capacity for replanting and implementing good agricultural practices. This should be done holistically, (working on entire farm systems) to increase farmer resilience to cope with economic and environmental shocks and improve livelihoods.

While there is some room for optimism that the coconut industry may have less severe sustainability risks, if demand continues to increase without sustainability checks, this somewhat positive outlook may cease. It’s often when commodity prices rise and demand increases that the presence of issues such as deforestation and exploitation of workers increases.

As such, investment into addressing environmental and social aspects of production is required so that increased demand can be met sustainably – as many marketing campaigns are eager to suggest. The industry as a whole has an opportunity to be proactive and shape their own approach to responsible sourcing, away from the spotlight of NGO campaigns that often result in quick-fix or one-topic-focused solutions. The resilience and livelihoods of millions of farmers could be positively impacted through creative, collaborative transformation projects focused in key coconut sourcing areas.

We are optimistic about the path the coconut industry is taking and are happy to be working with businesses on a way forward. Getting boots on the ground to understand local challenges and opportunities, mapping coconut supply chains and agreeing on core components of company commitments are all important steps that a growing group of industry actors are starting to take. We are excited to hear companies talking about how and where to collaborate, sharing learning from their work to speed up knowledge-building across the industry and aligning on frameworks for transformation projects.

These positive efforts go hand-in-hand with the acknowledgement that we all still have much to learn in this space. They also hold the promise of accelerating local solutions to a much larger scale, especially when paired with lessons learned from other commodities. We encourage more involvement to help shape a holistic, collaborative and innovative approach to sustainability in the coconut sector.