It's been over a year since Luang Prabang Teak Programme (LPTP) achieved FSC certification. Here’s an update on what’s happened since

TFT has worked with teak farmers in Kok Gniew village in the Luang Prabang province of Laos since 2007. TFT set up the programme to help the farmers establish a partnership with the Laos government and work towards FSC group certification.

In May 2011, LPTP became the first community forest in Laos to achieve FSC group certification, marking an important milestone in the development of community forestry in Laos.

Since May 2011, the programme’s FSC certification has expanded into more villages within the province, with 37 new members now certified. This brings LPTP’s total members to 85, covering 143 hectares.

Education and training programmes for LPTP members have also continued to expand. These cover wood sales, harvesting techniques, and health and safety, with members receiving safety equipment. A new office and meeting room have been built in Ban Kok Ngiew, giving farmers a useful venue for training and wood sales (the picture above shows the building being constructed in August 2011).

In February 2012, the programme expanded into the villages of Ban Ean and Ban Laksip, and farmers here have been trained in the sustainable management of plantations. Leaders of the LPTP in the new villages have been democratically elected and include a woman. In November 2012, expansion began into another village, Ban Xieng Lom. It is expected that by the beginning of 2013 LPTP will cover almost 200 hectares and 110 members. With 26,000 hectares of teak in the Luang Prabang province, there is great potential for expansion.

LPTP has brought tangible economic value to the farmers by more than doubling their income, while delivering wood into high value and responsible EU and US markets. Processing costs have been reduced by one third, and the FSC wood is earning farmers 30% more from FSC chain of custody (CoC) sawmills than non-FSC wood did over a year ago.

Despite TFT and partners facing a number of challenges in setting up the programme back in 2007 – among them poor infrastructure, the small, isolated nature of the forest holdings, and varying government processes at a provincial, district and central level – LPTP is proving that persistence and organisation can bring success. The programme offers a blueprint for sustainable smallholder forestry in Luang Prabang province and for the country as a whole. 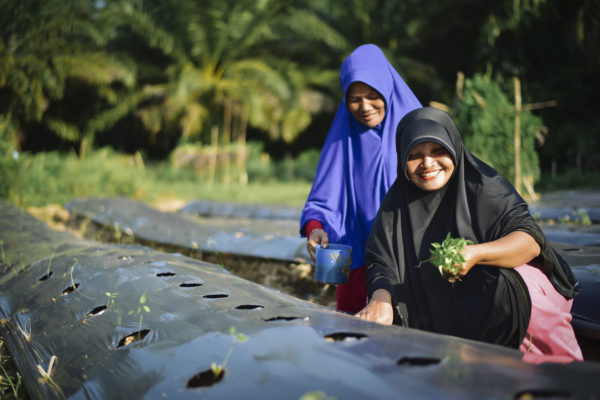