Faisal Fuad shares thoughts from a Wilmar workshop that tackled the exploitation of workers.

The white car we rode in drove slowly as it came to a dirt road intersection. Around us, oil palm trees sat in neat rows, their leaves dusty under the intense sun. After the driver turned our vehicle to the left, we saw ahead of us ten women young and old, carrying white sacks. Several plantation keepers were keeping watch over them.

As soon as we stepped out of the car, a keeper walked toward us and invited us to interview the women, and despite an awkward beginning, they slowly shared their stories. I learned the women were Indonesian migrant workers (Buruh Migran Indonesia-BMI) labouring in the oil palm plantation sector in Sabah, Malaysia.

This was my second day attending a workshop organised by the International Organisation for Migration (IOM), along with TFT and Wilmar, one of the largest palm oil processors in the world. On 5 December 2013 Wilmar announced a ground-breaking No Deforestation, No Peat, No Exploitation policy that aims to bring about transformation in the palm oil industry. Under No Exploitation, Wilmar’s objectives extend to all migrant workers, as well as local workers.

The workshop, ‘Ethical Recruitment and Fair Labour Training’ was held in Sandakan, Sabah. When we first arrived in Kuala Lumpur, we were warmly greeted by our TFT Malaysia friends. I had been imagining the hectic training schedule that was to come – especially when our first morning began with a nasi bungkus (a takeaway rice meal) breakfast. After the hospitality we had a brief about the training from Hilary, our boss from TFT UK.

The thing which impressed and excited me was that we would be spending a night in Sepilok, where we would get the chance to visit orangutans in their natural habitat. We also found out that the training agenda sent by TFT Malaysia included a field visit in one of Wilmar’s oil palm plantations in Batu Sapi Estate, a small town close to Sandakan in Sabah.

I thought that the name of the plantation, Batu Sapi must have some significance as ‘Sapi’ means ‘cow’ in Bahasa Indonesia and ‘Batu’ means ‘rock’ so Batusapi literally means ‘cow rock’. Later on we were informed by the plantation staff that the name comes from a rock formation that looks like a cow on the town’s eastern shoreline.

On discovering the training agenda, a question kept bothering me: what is the story behind the Indonesian migrant workers (BMIs) that we’ll meet during the training? My anxieties deepened as I gained a greater understanding of the various exploitation risks faced by the BMIs – for example, low wages paid for long hours of work and dedicated service. Although no cases of abuse, such as labour exploitation, violence, human trafficking, torture or any other kind of labour exploitation, were observed during the oil palm field visit, it was clear that there is an opportunity for many companies to develop better policies to optimise protection for these BMIs. Little by little, through explanations by IOM trainers during the training sessions, I developed a better understanding of the framework for handling the exploitation issues faced by these workers.

The hardest experience for me was the load of training material which had to be delivered in a short time frame. In one day of training, there were many subjects and discussions. There was also a lot of interesting experiences from the visit to the Wilmar plantation at Batu Sapi, Sabah. The training was an introduction to the assessment framework for the fulfillment of ‘No Exploitation’ commitments in the plantation sector, so the field trip was very useful in gaining a picture of the real issues faced by BMIs.

We heard that in many cases BMI recruiters charge high placement fees that often exceed reasonable costs. Since most BMIs are unable to pay these fees, the Indonesian agency typically offers them a “loan”. The loan is passed on to recruitment agencies or employers, who then take the first several months of the workers’ salary as repayment. Since many BMIs are coming from poor households and with financial pressures at home, they have little choice but to accept these conditions. This system contributes to BMIs being trapped in abusive situations as some employers may restrict their freedom of movement to prevent them from running away before the debt is repaid. In other cases, BMIs may be pressured by employment agencies to stay with abusive employers until the debt is repaid, or they endure such conditions so that they can ultimately send money home.

Corporations like Wilmar are now playing a big role in the rights of workers by applying their ‘No Exploitation’ commitment in their daily practices in the field. ‘No Exploitation’ includes a better commitment to extending equal protection under Malaysia’s labour laws to BMIs, including provisions for minimum labour protections, including a 24-hour rest period each week, a fair minimum wage, a limitation on weekly hours of work, and benefits. Yet still, until the last day before going home to Indonesia, there were a lot of things requiring deeper exploration on how to internalise this No Exploitation principle into TFT Indonesia’s work in the future. For example, the vulnerability BMIs experience from their recruitment, which marks the beginning of the chain of their exploitation. The current plight of BMIs is a clear example of when governments and companies should step in to prevent unchecked market forces and prevent bad practices of intermediaries or agencies that lead to discriminatory and exploitative working conditions.

Upon my arrival back in Jakarta, tasks pile up again, but in between business I investigated further on Indonesian migrant workers.

Recently, the number of Indonesian migrant workers (BMI) who are “forcibly sent” abroad reached approximately seven million. Most of them are domestic workers and the rest are in plantations, construction, manufacturing, health and fishing. Yet there are similarities – most of them work as low-level labourers.

In further reading, I found that most of these BMIs come from villages with low levels of education. The conditions in these villages means they lack economic development opportunities. This means that future BMIs don’t often have access to information, which greatly increases their vulnerability to exploitation and discrimination wherever they work.

This information supports what I learned from the IOM training in Sandakan – exploitation risks for BMIs have to be anticipated early on by “upstream reform”. In terms of the Labour Migration Cycle, the improvements have to be in place from “recruitment”.

From comments made during the informal interviews with the women at the oil palm plantation, the gap between the BMIs and the “masters” in the field was obvious. In this area of the “upstream”, you can see that the labour force is still at the “unskilled workers” level. Although it is true that their presence as labourers is based on “their own necessities” – to obtain a better living for themselves that can’t be found in their area of origin – I still feel like a better mechanism for this could be part of the recruitment process before they go abroad.

I had yet to discover the answer to how the “labour supplier agents” can actually become the “agents of change” for better work relations. Could there be a standardised scheme for the “agents” so the risk of BMI exploitation could be reduced? Can companies like Wilmar’s oil palm plantation be one way to change these agents?

BMI agents will keep “seducing” Indonesian workers to become their “victims” and the companies, Indonesian Government, local governments and NGOs on their own will be unable to handle the problem. Although the strategy (of collaboration between parties to prevent BMI exploitation) and the pathway to the future are still far from my imagination, I am increasingly aware that the solution lies in working together.

TFT is one of the key parties in the middle of the circle of Wilmar’s newpolicy’s implementation,and along with Wilmar, is fully aware of the many problems BMIs might face and is pushing companies to deal with workers’ concerns through better management systems. We will never tolerate the abuse and exploitation of vulnerable workers.

It’s unlikely that the reliance on BMIs by oil palm plantations will end any time soon. Eager to continue their upward trajectory towards being a sustainable business, companies must balance their economic vision with concerns for the welfare of vulnerable BMIs. Does this have to be a trade-off? Can there be balance? A comment by an IOM trainer might give an indication: “When we look at the migrant workers’ issues in the oil palm industry, we are not looking at it from the perspective of human rights only. At the end of the day, whatever factors would be able to help any companies sustain the growth of their business; they should definitely go for it.”

And these days, the women behind the dust of the dirt road on the oil palm plantation will keep working hard to improve their livelihoods. Wilmar provides schools for its workers’ children, but this isn’t always the case at other companies. As a result, those children are unable to fulfil their educational needs. Between the palm branches they have hung their hopes, waiting for a better tomorrow. TFT and Wilmar work together to make that possible.

Forgive me for not saying goodbye, my sisters. The light in your eyes will keep haunting my mind, feeding my spirit so I can do more and better within TFT. 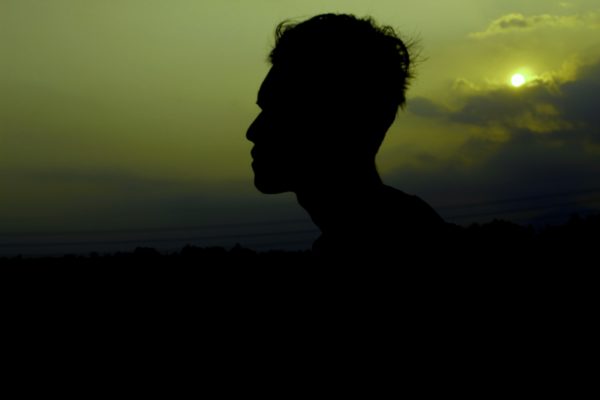