Five years ago I was doing my masters in Germany, while looking for an internship in West Africa. I was then offered an internship, but it wasn’t in Africa, it was in Laos. Before accepting I had to look at a map to check exactly where Laos was.

The only thing I knew for certain was I was going to a remote town by the Mekong River in northern Laos to work with a small organisation – which I had never heard of before – called TFT, and I was going to help the local team on a community forest project to work towards Forest Stewardship Council (FSC).

It sounded like a great opportunity. Two weeks later I was on a plane to South East Asia. Five years later and I am now working for TFT in Malaysia, supporting projects across the Indochina region. The Luang Prabang Teak Programme (LPTP) began in 2008, with the aim of developing a responsibly planted teak industry to improve livelihoods of teak smallholder farmers in the Luang Prabang province.

The idea was that FSC certification was going to be used as a market tool to achieve the programme’s objectives, which were based on better forestry practices. TFT still supports it and it has been certified by FSC for almost five years.

During my internship I worked alongside the Lao national team and shared skills on how to improve forest management practices to align with the FSC principles and criteria. We quickly realised our main challenge was not simply becoming FSC certified, but understanding the complexity of the legal framework to sell wood, the social dynamics of the villages, the unclear land rights and the lack of basic silviculture knowledge. Preparing for FSC was however a crucial process of documenting all administration and operational management procedures. And it was finally a successful process; in early 2011 the programme became the first community forest in Laos to achieve FSC certification.

Since then the programme has expanded into 18 new villages. While teak farmers have benefited from training on best forest management practices, market dynamics, registration of plantations, establishment of farmer groups, and facilitation of wood sales.

Even if all activities remain the same in all villages, only four of 18 villages have been registered under the FSC certificate. The only difference between these two groups of villages is that for the certified ones a FSC surveillance audit is conducted every year. For this, the LPTP team needs to prepare the FSC documentation; all the paperwork on our office shelves need to be in order, and crucially, an international organisation needs to provide the funds to cover the high costs of audits.

When I think back to the time when we started, I wonder: What has changed? How have communities been impacted by certification? Have their practices changed from when we started?

Well, land tenure rights have improved. A robust and clear system to register plantations is in place and is lead by local government authorities. Around 50 hectares were registered in the first two years of the programme, with a further 450 additional hectares registered in the following two years. Besides that, plantation owners obtained legal plantation titles and therefore also rights to sell their wood.

Plantation forest management has also changed. Trees were once planted very densely together and were left to grow. Now, increasing awareness has led growers to recognise the importance of thinning to open space and allow trees to grow, and pruning to promote clear boles. Farmers have also learned that protecting the organic matter allows to promote fertility and reduce erosion, burning has significantly been reduced and vegetation growing below teak is maintained. In the past log traders controlled the majority of the sales, and standing trees were often purchased at prices well below accepted market rates. Today farmers understand the process to legally sell wood and can sell it directly to processors on a volume basis. And if the families need immediate cash for special events like a wedding, building a new house, or sending their kids to school, they can sell their trees to a trader, while negotiating a fair price for doing so!

Farmers have learned how to measure their trees and calculate volumes; and a notice board at the village shows updated market prices. Farmers’ capacity to undertake negotiation with buyers has improved, too.

And yes, the price of wood has doubled when this is sold as FSC; but unfortunately FSC markets are still lacking and only small amounts of FSC wood have been sold. Finding regular international FSC markets for Lao community teak remains our biggest challenge.

But local and even regional markets are interested in teak from Luang Prabang. Buyers from Vientiane are asking for wood, Indian traders have come to negotiate deals, and Chinese and Vietnamese buyers have come to talk to the farmers several times. Most of the time they don’t ask for FSC wood – yes they want responsible wood, but in most of the cases when they ask for responsible wood they only mean legal wood.

And then again, communities stand up and speak their mind on how to overcome challenges. Since the end of 2013, business oriented farmers have invested in village enterprises, they purchased machinery for processing wood and started selling furniture in the local market. Other villages are following and new enterprises are coming up.

And new questions arise: Could the same have been achieved without FSC? Will farmers have gained negotiation power? Would communities have been empowered? Would farmers have taken the initiative to start local enterprises? Would more plantations have been legally registered?

I believe the answer lies somewhere in between. We have learned a lot from FSC, it has been the trigger for a movement towards responsible practices. It has been a guideline to improve forest management and has helped to allow a verification system. It has also been a platform to obtain support from aid organisations.

LPTP has used this momentum to create a movement at a bigger scale. Many activities that are not on the FSC guideline are now being done and provide greater benefits.

We have reached a point in which other schemes and approaches which are not so bureaucratic and costly could be used, specially other schemes adapted to the local context. For example could farmers in LPB use their own brand, instead of a foreign one? And can local grassroots NGOs be the ones in charge of verification?

Most of the Lao people you talk to in Luang Prabang come from a farmer family and own at least one teak plantation. Everyone knows ‘maisac,’ which is Lao for teak, which is everywhere and is dominating the landscape .

The potential for a responsible teak industry is evident. One thing is sure, decisions on a way forward rely on how well the communities and LPTP can continue providing support to farmers, with or without certification. 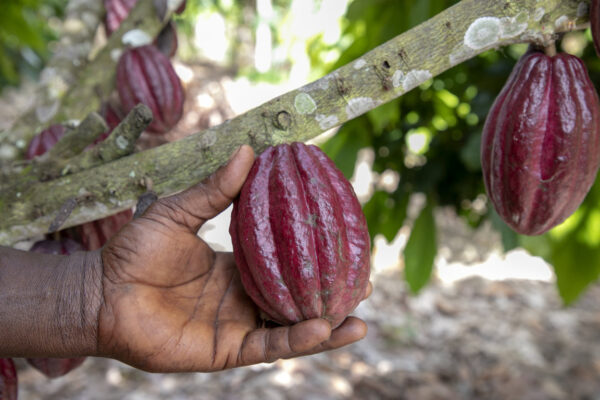