TFT would like to clarify points made in a recent article in the Sunday Times newspaper entitled “African Forests Felled to Feed British BBQs”. This story came on the back of the publication of our latest UK charcoal bag analysis, which aimed to raise awareness for the need for added transparency in the UK charcoal sector. While we commend the newspaper for covering this, shedding important light on an underreported subject, it is important that the facts are laid out clearly.

In our conversation with the Sunday Times we drew a clear distinction between the very different situations faced by Nigeria and Namibia in regards to charcoal-led deforestation. Our previous research, based on field visits to Namibia, found that charcoal often comes from clearance of invasive scrub land, rather than the felling of standing forest. The term ‘invasive’ refers to the predominance of local trees and shrub species in relation to herbaceous plants and the need to restore the initial balance between those kinds of species. TFT agrees that there is a genuine need to clear the bush by removing those species.

However, that is not to say that we did not find areas of environmental concern in Namibia’s charcoal production. We are aware that Namibia’s bush encroachment has affected the country’s savannah woodland and we have met with several charcoal stakeholders to talk about this issue more deeply. Through our research, we also believe it is important to draw awareness to unsustainable practices that can happen under the radar, such as the removal of protected species, large diameter tree/shrubs or just the destructive clearing of every tree/shrub using encroachment as an excuse.

Beyond the environmental impacts, our study also highlighted several human issues in Namibia’s charcoal industry. These include workers hired as individual contractors which denies them full labour rights; unfair reductions to workers’ wages and basic accommodation made of plastic sheeting with limited to no access to electricity or even running water.

In contrast to Namibia, Nigeria is facing deforestation caused by several factors. Nigeria is home to many diverse forest ecosystems and is the main African charcoal producer, according to FAO statistics. Charcoal production is a part of forest degradation in Nigeria, but also in other countries in the continent. This degradation of forest leads to soil erosion and desertification.

We regret that this distinction between the two countries was not captured by the article which went to press. We are aware that Namibia’s progress towards responsible charcoal production is much more advanced due to its domestic context. In both countries, but particularly in Nigeria, a lot of work still needs to be done to both improve peoples’ lives and bring truly responsible charcoal to the market. There also remains a huge need for massive reforestation in Nigeria because fuel, wood and charcoal are the main source of domestic energy in the country. Having said that, we at TFT believe that good practises exist in both countries and that these now need to be duplicated.

FSC certification is not the only way

It is widely accepted that one way to respond to retailers’ demands for responsible products is to supply them with FSC certified products, as hinted at in the Sunday Times article. It is true that the number of certificated companies is, in theory, an indicator of how advanced a market is, as it suggests a demand for supposedly responsible products. However over the years, TFT and others have detected flaws within the FSC certification system.

This leads us to the conclusion that you don’t have to be FSC certified to have responsible practices, nor does certification provide any guarantee of this. In our latest test of UK charcoal bags we saw that only 50 percent of FSC certified bags declared the origin of the wood within.

FSC is by no means the one and only solution to responsible charcoal. Our own charcoal methodology allows us to detect possible discrepancies between details on the certificate and what is actually in the bags. We focus on each individual node in the supply chain, while also connecting them with other parts in the chain, from the wood sources through to the final retailers. Importance is given to the control of volumes produced, sold and bought all along the value chain. That way, we can find, and help stamp out, any issues all the way from the tree that’s turned into charcoal to the product that lands on supermarket shelves.

At TFT, we are constantly striving to strengthen this methodology. FSC is also now working on improving their system and strengthening their control. This trend can be illustrated with an increase in terminated or suspended certificates since last summer.

What is needed in the charcoal industry is transparency, which is the only way forward and the first step to identifying and providing responsible products. 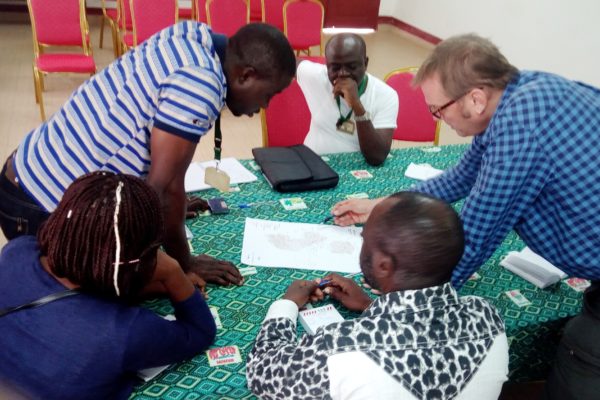 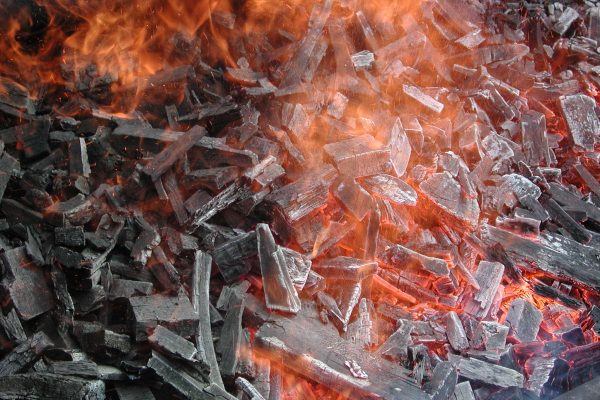