Big organisations are demonstrating that smallholders can be successfully included into the supply chain.

Where does the stuff we buy from the shops come from? It’s one of the biggest questions of our age, mainly because more often than not we don’t tend to know the answer. Take palm oil as an example. It’s a commodity in demand that is used in loads of the household name chocolate and shampoo brands that millions of people use every day, but its whereabouts remain something of a mystery to most people.

Palm oil is farmed, but this only tells half the story, because the scale of farming we’re talking about here may come as a surprise. It is in no way on the same scale as the worldwide brands it supplies, so you won’t find a farm the size of Wales being harvested for palm oil by robots. Go right to the very end of the supply chain and you will find large plantations, as well as thousands and thousands of smallholder farmers.

Smallholder farmers can be defined as family-based enterprises which produce palm oil from less than 50 hectares of land. But many produce palm oil with much less land than that. Golden Agri-Resources (GAR) is the world’s second largest palm oil plantation company. According to its Sustainability Report 2012 it has 66,000 smallholders, (or what GAR call plasma smallholders), in Indonesia with a total planted area of 96,500 hectares under its plasma scheme.

A hectare is the equivalent of less than the size of a rugby pitch, which gives you an idea of the size of smallholders’ land. To put the relevance of smallholders into further context, Indonesia and Malaysia are the two leading producers of palm oil – responsible for 80% of the world’s palm oil production. 40% of that figure is produced by smallholders. So in essence, the palm oil industry is built upon the work of smallholders. They need support. That said, we don’t want large areas of forests to be felled by smallholders either. So when it comes to High Carbon Stock (HCS) we are working with the likes of Greenpeace and GAR to ensure compliance doesn’t disadvantage smallholders.

Our members are committed to tracing back their product supply to a responsible, deforestation-free source that respects the rights of those who work to produce it. There is a challenge in doing so because supply chains are being built on a market all too often driven by a certification model excluding smallholders from the supply chain. The reason for this is that including them is far from straightforward – it’s a lot easier to certify a plantation than it is a smallholder. At present there is little or no support and infrastructure to certify smallholder farms. What’s needed is farmer training, more visits from auditors as well as support to meet the cost of certification itself, which is currently both expensive and resource-intensive.

It’s not that there is no place for certification; it’s just that supply chains are hugely complicated, and involve buyers, suppliers, traders, producers, technicians, communities, auditors, activists and many other stakeholders. As a result, a one-size-fits-all certification approach isn’t always the best solution – the challenge is simply too complicated for that to work. What’s needed is people and organisations who are able to work together to create solutions that can adapt to local diversity.

GAR’s work is being supported by one of its customers – Nestlé, which announced in 2010 that its products will no longer be associated with deforestation. Nestlé’s journey to traceable palm oil has been far from easy, but its determination to live by its principles and collaborate with others has helped make change. Trust between buyers and suppliers plays a big part, because together they have to open up, face the issues and innovate to solve them.

Other big organisations are demonstrating that smallholders can be successfully included into the supply chain. Take Wilmar, Asia’s largest agribusiness company, as an example. Having committed to No Deforestation in December 2013, it has published its No Deforestation, No Peat, No Exploitation policy, which recognises the critical part smallholders play. Not only is Wilmar including smallholders in its supply chains, it is also making itself available to them – consulting with them, offering them support and technical assistance.

A big part of our job is to go out into the field and visit plantations and their surrounding communities to assess how suppliers are performing from an environmental and social point of view, formulate practical recommendations and monitor their implementation in the field. It’s a long and gradual process, but it’s imperative that the smallholder is included in it. 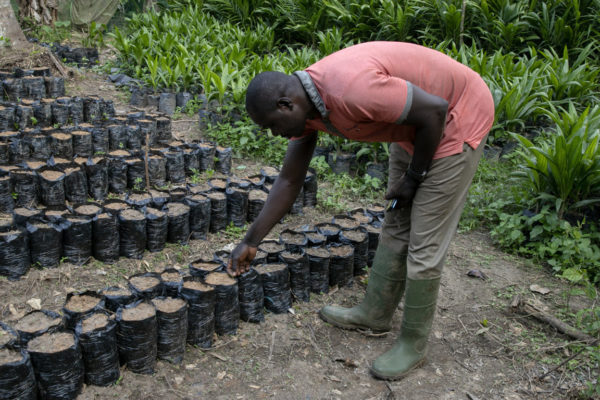 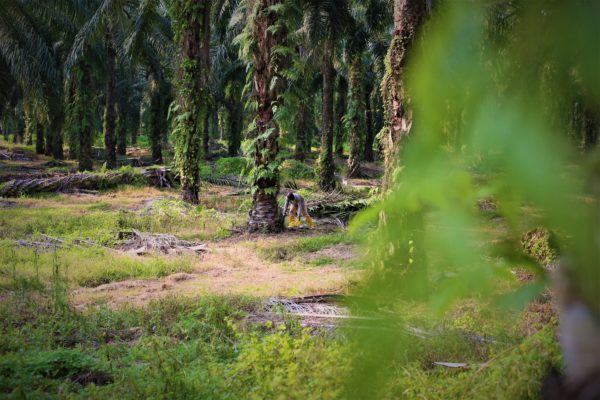