With annual revenues of US$2.3 billion, GAR is the largest palm oil producer in Indonesia, the world’s leading palm oil-producing country. The partnership establishes a Forest Conservation Policy and a set of measures to ensure that GAR’s plantations are not developed at the expense of carbon rich forests, or on peatlands—major carbon storage sites. TFT’s involvement will also prevent the plantations from contributing to the destruction of forests that are particularly valuable in terms of environmental preservation, biodiversity, landscape, or importance to local livelihoods.

“Today’s agreement represents a revolutionary moment in the drive to conserve forests,” said Scott Poynton, TFT’s executive director. “It’s about going to the root causes of deforestation; we have shown that the destruction of forests is anchored deeply in the supply chains of the products we consume in industrialized nations and we are showing we can do something about that.”

Impact of Demand for Sustainable Sources of Palm Oil

The process leading to GAR’s announcement began last year, after the Switzerland-based company Nestle began working with TFT to adopt “responsible sourcing guidelines for its palm oil suppliers.” The company sent a strong message that it would no longer accept materials that led to the destruction of valuable forests, Poynton said.
This in turn helped draw GAR to the bargaining table, where it agreed to address problems in its operations, Poynton said.
Greenpeace, which had led a campaign that highlighted the role of GAR and its Indonesian plantations in driving deforestation, has said it is cautiously supportive of this

announcement and that in the coming months it will closely monitor GAR’s progress in implementing its commitments.
“This shows that the private sector can quickly change its practices around forest destruction if the right factors are in place.” Poynton said. “It’s a simple yet effective way to conserve forests. This model need not be confined to palm oil; any product with a link to forest destruction can switch on this supply chain approach.”

The agreement will go into effect as of today, and the actions outlined in it are expected to bring substantive change to Indonesian forests by the end of 2011, Poynton said.

“As a leading player in the palm oil industry, we are committed to playing our role in conserving Indonesia’s forests and look forward to working with all stakeholders including the Government of Indonesia, other key players in the palm oil industry, NGOs and the local communities, to find the common ground for sustainable palm oil production,” said Franky Wijaya, Chairman and CEO of GAR. “Our partnership with TFT allows us to grow palm oil in ways that conserve forests and that also respond to Indonesia’s development needs; creating much needed employment while building shareholder value.”

Poynton said TFT would work closely with GAR and with other stakeholders, including Greenpeace, to ensure that the commitments made by the company will be implemented. “We all know that this agreement counts for nothing if it’s not now implemented,” Poynton said. “The process has begun already with TFT experts visiting GAR plantations, and we have funding from the company and a clear action plan for making sure this agreement sticks. We have worked with other companies to clean up their supply chains successfully, and it is our intention to do so again. We are confident we will be able to overcome any concerns about whether this agreement will lead to substantive change.”

Palm oil is an increasingly important ingredient of many consumer and commercial products such as cosmetics, biofuels, edible cooking oils, sweets, chocolates and many other foods. More than 40 million tons of palm oil worth $20 billion is produced each year.

The growing production of palm oil brings environmental perils but also promise. A hectare of oil palm can yield six times more oil than a hectare of canola, making it far cheaper and more attractive to producers in countries like Indonesia, and an important resource for a growing world population. Oil palm plantations require fewer petrochemical inputs than other oil plants, and can be grown on land that is already environmentally degraded.

Since the early 1980s, however, the total area of land allocated for oil palm production has more than tripled globally, reaching nearly 14 million hectares in 2007. Most of this expansion has occurred in Indonesia.

Rainforests and peatlands across Southeast Asia are being torn up to provide land for oil palm plantations,” said Poynton. “Without better stewardship, the phenomenal growth of the palm oil industry could spell disaster for local communities, biodiversity, and climate change as palm plantations encroach further and further into forested areas.

“The only way for us to find a sustainable, long-term solution to addressing this problem is to engage with oil palm industry, local communities, civil society and the government of Indonesia,” he said. “This agreement is a critical step in the right direction.”

The palm oil industry is a major source of jobs and income for Indonesia. The agreement will identify and implement ways to increase the productivity of Indonesian oil palms in order to decrease the need to bring new land under cultivation.
If a strong agreement is implemented, Poynton said, it could play a critical role in assuring investors that Indonesia is on course to end the destruction of its natural forests and could help stimulate investment in Indonesia and help transform the world’s third largest emitter into a global model for low-carbon economic development. In 2009, Indonesia’s President Yudhoyono was one of the first leaders to commit a major developing country to national emission reductions from 26 percent (unilaterally) to 41 percent (with international support).

The agreement between Golden Agri-Resources Limited and TFT marks the start of a broader consultation process in Indonesia on land use change in relation to the palm oil industry. This process brings together government and industry officials, major palm oil customers, civil society groups and local and indigenous communities.

“No substantive land-use change can take place without the involvement of these key players,” said Poynton. 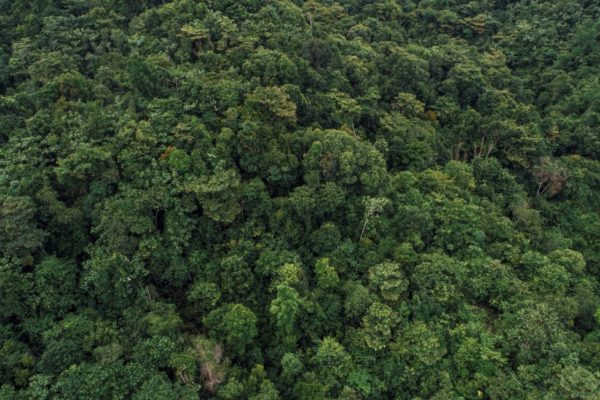