In a recently published report, ‘Final Countdown’, Greenpeace has called on the palm oil industry to speed up change and levelled criticism against the work TFT is doing.

TFT welcomes Greenpeace’s report as a timely reminder that the pace of change in recent years has not been fast enough. TFT also wants to see an acceleration of the NDPE policy implementation across the board and as one of the stakeholders working on this topic, all our energy has been and will be concentrated on making these commitments a reality on the ground.

In light of this, the criticism in Greenpeace’s report was disappointing. Since 2010, TFT’s teams have been engaging with palm oil companies and working hard on the ground to support them to transform their supply chains and among other things, improve transparency.

TFT’s view differs from Greenpeace’s, as TFT’s model for change differs from that of Greenpeace. Greenpeace tries to impose change from the outside. TFT is a values-based non-profit, and we believe that it is only by understanding companies’ values, maintaining a strong dialogue, and working with them to bring those values to life in practice, that transformation can occur. We partner with companies who are committed to driving solutions in their own operations and in their supply chains, and many of them go beyond what their peer companies are willing to do in order to drive change. We drop companies as members when they are not actively progressing. We advise, support and co-create with our members, but it is they who ultimately own the work to implement their NDPE policies. Greenpeace’s stance, of seeking to effect change from the outside has merit, but it can only work to a point and needs a complementary approach that supports and drives change on the ground.

In this sense Greenpeace’s analysis of our work fails to recognise our unique approach and discards all the progress made to date by suggesting that such work and collaboration over the past eight years has brought no achievements at all. This is far from the case.

Looking at the history of work carried out since 2010, it is possible to see that real progress has been made. The High Carbon Stock approach, inaugurated in 2013 with GAR, Greenpeace and TFT, has underpinned NDPE commitments and made them tangible. HCS is now the go-to mechanism for forest protection. It has helped protect thousands of hectares of forest around the world, across multiple commodities, and provides the single reference to implement commitments to halt deforestation in the tropics, while ensuring the rights and livelihoods of local peoples are respected. TFT is proud to have been a key driver of this tool and be able to put it in practice every day with our members. Nevertheless HCS can be implemented faster, and TFT is constantly pushing its members and their thousands of suppliers to do so.

Also, while traceability and transparency in the palm oil industry is far from assured, as Greenpeace notes in its report, the situation has also greatly improved over the past eight years. The industry has moved from limited- to-no-transparency back in 2010 within the industry, to brands publishing mill lists, traders publishing mill-to-refinery lists, and producers actively working on mapping plantations they source from and the farmers they are connected with. TFT played a key role in cultivating that from within, by working with producers to set up transparency dashboards. TFT helped Wilmar become the first trader to publicly disclose its mill list back in 2015, at a time when no other trader had done so. Ironically, much of the published supply chain information is the foundation used by Greenpeace today to identify deforestation threats and create its campaign. There is still much work to be done, but it is important that we acknowledge hard-won progress to date.

TFT understands the importance of and expects its members to provide transparent and public independently-verified evidence of progress, achievements and impact — as well as being open about remaining issues — and to seek to obtain that information when it is not available.

All of the above would not have come about without exploring unusual avenues of collaboration between civil society and companies and unique, untried solutions.

TFT understands Greenpeace’s impatience and that this comes from a deep concern for the world’s forest and its people. Going forward, however, TFT still strongly believes that companies need two things to change; a firm hand that reminds them when they are straying from their commitments or failing, but also a guiding hand. In the past, this complementary role between TFT and Greenpeace has paved the way for transformation. There is no reason why it should not continue to do so in the future.

TFT remains committed to engaging with businesses and the palm oil industry to support them and provide advice that would see their NDPE commitments fulfilled. Similarly, TFT is determined to work with NGOs such as Greenpeace so that, together, a responsible palm oil supply chain that benefits both people and forests can be achieved. TFT would like to invite those who may have misunderstood our role and objectives in this respect to open a direct dialogue with us. 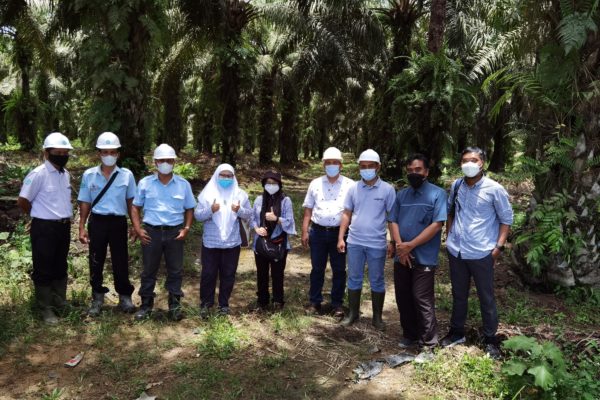