With nearly five million tonnes fished annually, tuna is one of the most important fisheries in the world. It is also a booming industry worth billions of dollars. But today one third of these stocks are overfished or at risk of overfishing, due mainly to the inadequate and opaque management of tuna fisheries that give free rein to illegal and uncontrolled fishing practices. This is why Earthworm Foundation and key players in the industry have come together as the Tuna Protection Alliance, working to meet demand without compromising resources for future generations.

At launch in September 2018, the Tuna Protection Alliance's ambition was organised around two major axes:

To the end of 2018, the group mainly carried out transparency actions. Through mapping market sourcing, transparency data was been gathered: In 2017-2018, TUPA members’ volume was approximately 100,000 tonnes of tuna; 97% of these supplies come from purse seine; of which 14% on fad-free; - Yellowfin tuna is the most represented species, followed by Skipjack tuna; - The main fishing areas are the Indian Ocean and the Atlantic-East; - Almost 90% of supplies were traced back to ships, representing a panel or around 500 vessels supplying the market represented by group members.

97% of members' supplies come from purse seine (net fishing), of which 14% was FAD-free (not using objects to attract fish)
Yellowfin tuna was the most represented species, followed by Skipjack tuna. The main fishing areas are the Indian Ocean and the Atlantic-East
Almost 90% of supplies were traced back to ships, representing around 500 vessels supplying group members

Since its launch in September 2018, the Tuna Protection Alliance's ambition is organised around two major axes:

Before entering the Tuna Protection Alliance, all companies must share the group’s values. These values are transcribed in a document entitled ‘Manifesto for a more sustainable tuna sector’. This manifesto reflects the common ambition of the group: by 2025, to offer a responsible tuna for sale.

If you would like any more information about the Tuna Protection Alliance you can reach out the coordinators: 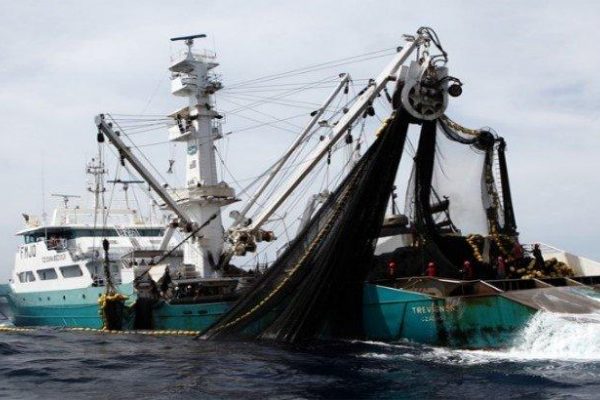